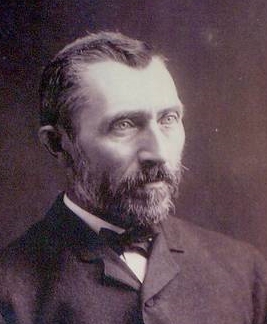 Vincent Van Gogh was initially a pastor in Holland, who later moved to France to create an incredible collection of artwork that influenced the twentieth century art styles. His paintings include portraits, landscapes, self-portraits, sunflowers, wheat fields, and more.

Born on March 30, 1853 to Theodorus van Gogh and Anna Cornelia Carbentus in Groot-Zundert, Holland (Netherlands), Vincent van Gogh grew up to be a famous painter of the 19th century. He was raised in an upper class family and had two brothers and three sisters. He was closest to his younger brother Theo.

Influenced by his father and grandfather who were both minsters of the Dutch Reformed Church, Vincent thought of leading in their footsteps and become a pastor. However, circumstances led to make him follow art, instead. Many of his family members worked in the art world and perhaps their influence must have played a significant role in him choosing this field.

He enjoyed drawing since he was a young boy, but Van Gogh worked in several jobs before he decided to work as an artist in the full time capacity. He worked as a teacher in London and then as a Church minster and as a missionary. He also worked in a bookstore and in an art gallery. At the age of 27, Vincent decided to dedicate himself completely to art.

In his early years, Vincent sketched pictures using charcoal sticks or pencils, and used watercolors as well. He drew pictures of people working in the fields or in the shops. Eventually, he began using oil paints in his art.

Vincent van Gogh used dark colors like dark greens and browns in the early part of his career. His paintings were often gloomy. The Potato Eaters was his most famous early painting, and it depicted a peasant family eating potatoes for dinner. Vincent shared a very strong bond with his youngest brother Theo; who constantly encouraged him to paint. Theo worked in an art gallery in Paris and financially and emotionally supported Vincent. Theo tried selling Vincent's paintings, but nobody wanted to buy them. One fine day, Theo wrote to Vincent to inform him about a new painting style in Paris called Impressionism.

To learn about this new art style, Vincent immigrated to Paris from Netherlands in 1886. Here he learned from the experts and painters such as Claude Monet, Camille Pissarro, and Edgar Degas influenced his art. Artist Paul Gauguin and Vincent became good friends.

In Paris, Vincent began to use brighter colors and his brushwork became more fragmented; which was a good thing for his success. Now, he began to paint people from cafes and streets and the Parisian countryside. He also became interested in painting people’s portraits. When he was unable to find models for practice, he would paint himself by looking at his reflection in the mirror. He painted over twenty self-portraits. Van Gogh was influenced by Japanese prints and woodcuts; many of his paintings depict this influence sometimes in the background or in the main areas.

In 1888, van Gogh travelled south of France to Arles for establishing an artist's commune. He rented a yellow house to live in and invited his friend Paul Gauguin to join him. He loved the vibrant colors of the landscape and the bright sun of Arles.

Here, Van Gogh began to paint with emotional intensity and the vibrant and bright colors in his paintings indicated that. Sometimes, he would apply the paint from the tubes directly onto the canvas; and used rough brush strokes on the thick paint. Such creations of his would take weeks to dry because of the thick layers of paint on the canvas. He would get so obsessed with painting that he often would not eat; which resulted in poor health.

Vincent did not begin to professionally paint until the age of 27 years, and during his short professional career worth a decade, he painted around 900 paintings; sometimes painting masterpieces in a single day. During his stay in Arles, he became fully immersed in art. Paul Gauguin came to visit him, but the two artists had an argument and Gauguin left soon afterwards.

In a scuffle with painter Paul Gauguin, Van Gogh slit a part of his left ear lobe with a razor blade. He then wrapped up the earpiece in a cloth and presented it to a woman as a "present.”

In 1889, Van Gogh self-admitted himself into a mental asylum in Saint-Remy-de-Provence, France. He suffered from temporal lobe epilepsy and other physical conditions and thus was barely able to take care of himself. He continued to paint in the asylum and created his most famous work “Starry Night” by gazing out from his window in the night.

During his stay in the asylum, his paintings featured cypress trees and lots of swirling colors. Van Gogh's mental state continued to worsen. He shot himself in the chest at a Wheatfield in Auvers, France, but succumbed to his injury, only after 2 days, at the age of 37 years on July 29, 1890. His brother Theo died six months after Vincent (perhaps of the heartbreak) and is buried next to him in Auvers, France.

During his short career, he sold only one work, called The Red Vineyard. He was not famous during his period, but today he is amongst the greatest and most influential artists of the Nineteenth century. There are 800 surviving oil paintings and over a thousand watercolors and sketches of Van Gogh. His painting sells for millions of dollars, today.

Van Gogh’s painting Ires was sold for a booming $53.9 million and his Portrait of Doctor Gachet was sold for $82.5 million, establishing a new price record in the art industry. The masterpiece Starry Night is decorated on a wall of the New York Museum of Modern Art, today.

The credit of getting Van Gogh’s work recognized around the world goes to his sister-in-law (Theo’s wife). She collected Vincent’s paintings and 800 letters (a majority of letters written to his brother Theo) after his death and dedicated herself to getting his work the true recognition it deserved.

« Back to MenuNext: William Wordsworth »