1. Did you know that Bill Gates’s full name is William Henry Gates III?

2. When he was a teenager at his alma mater Lakeside Prep School, Gates created his first computer program. He did that on a General Electric computer. It was a tic-tac-toe game, which was supposed to be played against the computer. 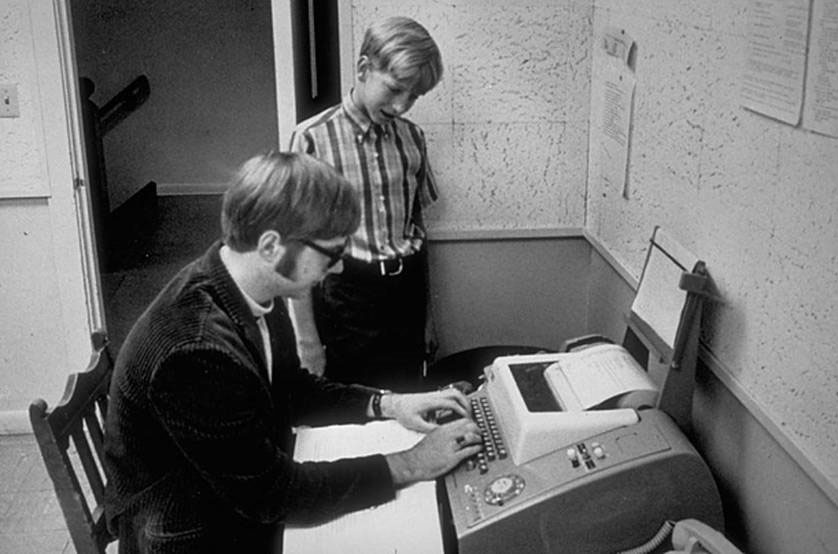 The photo shows Gates watching his friend and future Microsoft co-founder Paul Allen typing on a teletype terminal at the Lakeside School in Seattle in 1968. This photo was taken when Gates was 13 when he entered the exclusive prep school.

3. It is said that the young Bill Gates bragged to his teachers that by the time he was 30, he would become a millionaire. Well, he kept his word and more! By the age of 31, he was a billionaire.

4. When the school understood Gates’s genius for programing, they asked him to write the school’s computer programme for student allotment to each class. Gates naughtily took this opportunity to place himself in classes where there was a great number of girls. 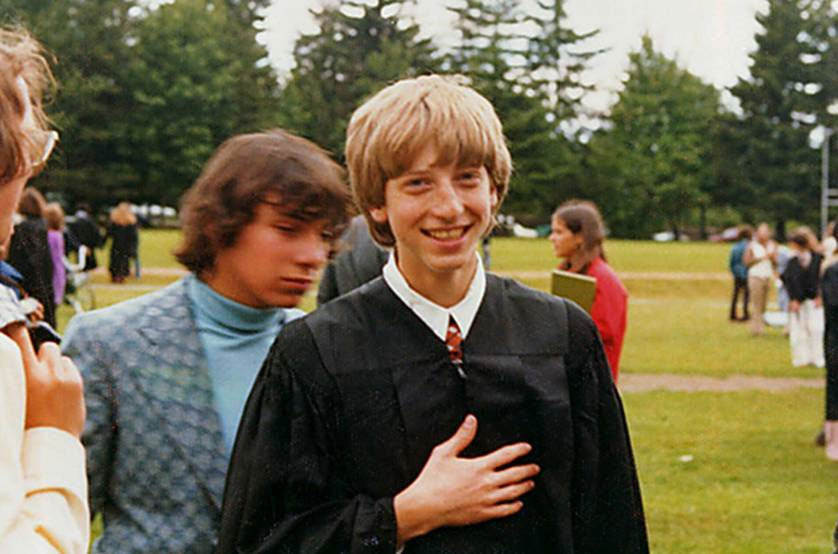 Gates at Commencement at the Lakeside School in 1973.

5. We know that Bill Gates is a college drop out. Did you know that he dropped out from Harvard? He founded Microsoft at the age of 20 with his childhood friend Paul Allen. 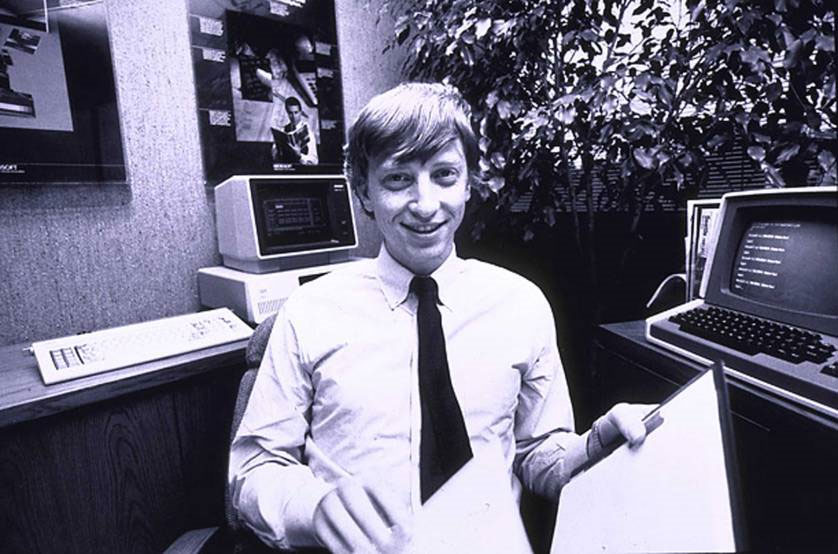 6. Bill Gates is very active on Twitter. But why not in Facebook? Especially since he and Mark Zuckerberg get along very well reportedly? Well, Bill Gates says that the friend requests were too many to handle.

7. Travelling is something Bill Gates enjoys. He visits India almost every year.

8. Well, Bill Gates has had his naughty times too! Gates was once arrested for driving without a license. He ran a red light and got caught red-handed in New Mexico, in 1977. 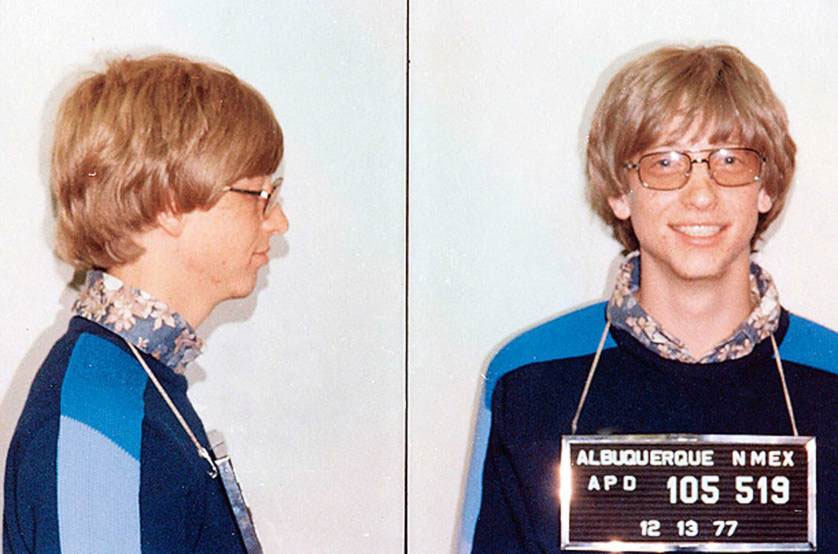 9. Bill Gates calls his private plane ‘a big splurge’. Another of his ‘big splurges’ was the Codex Leiceste, a collection of writings by Leonardo da Vinci. Bill Gates acquired the codex for $30.8 million, at an auction in 1994. 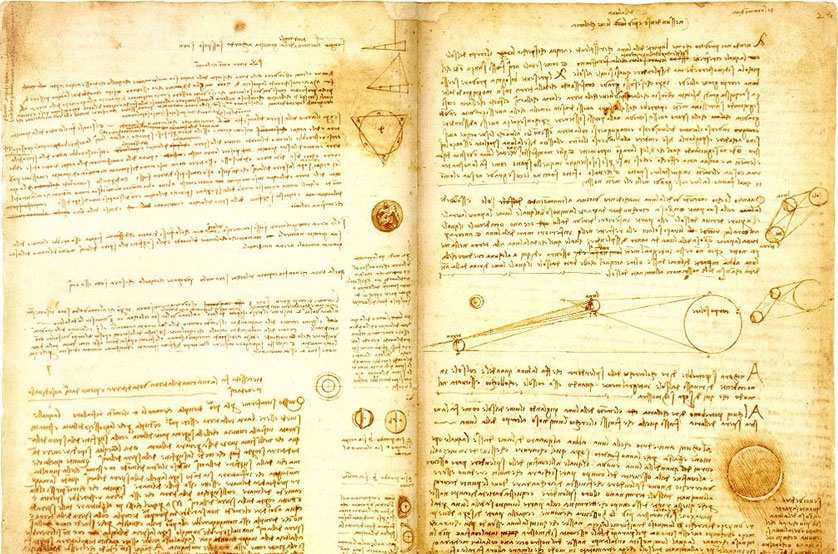 10. Bill Gates does not speak any foreign languages. He says that is his biggest regret so far. "I feel pretty stupid that I don't know any foreign languages," Gates said in an online Reddit chat. He had taken Latin and Greek in high school, and got A’s but he wishes he knew Chinese or French or Arabic.He called it ‘incredible’ that Mark Zuckerberg, the Facebook CEO learned Mandarin and chatted with Chinese students in that language. Well, now that he has officially retired from Microsoft, he has plenty of time to learn foreign languages at Duolingo. Once he had started Duolingo and could not keep it up due to work pressures.