Short Stories » The Defeat of an Animal Kingdom 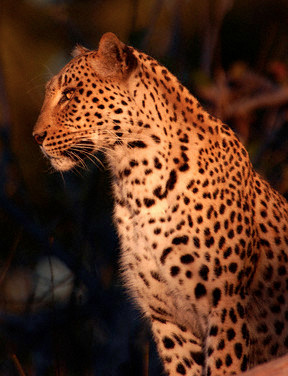 The Defeat of an Animal Kingdom

It was a beautiful animal kingdom in the forest. Instead of a lion being the king, a brave and kind hearted Leopard ruled the forest. There were no lions in the kingdom. All animals lived happily under the reign of the King Leopard. A wise fox was the minister of the kingdom.

The wise fox told the king, “It is not wise to raise a lion cub! We are happy in our kingdom. They are more powerful than us and it may cause harm to our happy lives. Please think well before you act majesty!”

The Leopard ordered his soldiers to carry the cub to his place. He informed the minister ‘the cub was seen dying in the forest and let him stay with us here in our kingdom!’ The minister fox was happy for the kind hearted words of the king, but still warned him to stay alert.

Years pass by and the little lion cub grew into a powerful young lion. Lion realized that he was the most powerful animal in the entire kingdom and demanded supremacy over others.

The lion started to destroy the beautiful animal kingdom to show off his power to the animals.

The king Leopard heard all these and was really shocked at hearing the behavior of the lion.

The fox requested the king to befriend the lion before he ruin everything in their kingdom. However, the king Leopard, who was very much angry with the lion decided to kill the lion.

The fox pleaded the king to befriend the lion as lions won’t harm the friends. Unfortunately, the king ignored the words of the fox.

One day, the lion demanded a part of the kingdom and ordered him to crown as a king! The fox requested the king to provide him a part of their kingdom with animals.

The king angrily refused and demanded the lion to leave their kingdom.

After a few days, lion arrived with a group of big and powerful lions. They gradually destroyed the kingdom and brought everything under their control.

So we cannot ignore the words and suggestions of elders. We should listen to them carefully and take necessary actions if it’s a good suggestion.

« Back to MenuNext Story: Why the pigs are foul? »