Amazing Facts » Who invented the Yo-Yo? 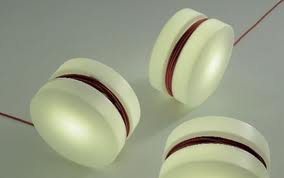 The Yo-Yo is an ancient toy, with the oldest surviving model dating back to 500BC. Ancient Greaks made the toy from wood, metal and terracotta. In the Philippines, hunters used yo-yos as retractable weapons – rocks were attached to 6.09m long thick ropes which were hurled at wild animals. The yo-yo derives its name from a native Filipino word meaning ‘come back’.

In the 18th and 19th century, the simple yet dynamic toy that worked on the principles of physics became very popular in Europe and was known by various names like bandelore, quiz and L’emigrette.

In 1928, a Filipino American named Pedro Flores opened a small toy factory in California, USA, becoming the first person I the world to mass-produce yo-yos. The yo-yos became such a rage that a businessman, Donald Duncan bought over Flores’ company. Doncan’s factory manufactured 3600 yo-yos in an hour, earning the town of Luck in Wisconsin, the epithet of ‘Yo-Yo Capital of the World’!

The yo-yo has undergone various innovations to make it spin faster and longer. Today, yo-yo competitions are held all over the world.