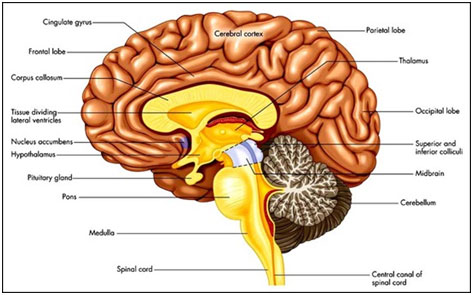 Facts About the Brain


Here are some interesting human body facts of the brain for kids with some fun trivia. Check out these fun brain facts and some information that will help explain more about this amazing part of the human body.

The human brain is like an extremely powerful and fast computer. It not only acts like a hard disk that stores our memory, but also manages and directs how we think and react. The human brain has evolved over the years. However, there are some unbelievably complex parts that scientists still find difficult to understand.

The brain is also the center or the focal point of the human nervous system. This allows it to control and direct movements, thoughts, decision-making and our memory. Evidently, the human brain has become much more complex over the years.

Hope your kids enjoyed these fun brain facts, and trivia about the nervous system of the human body.