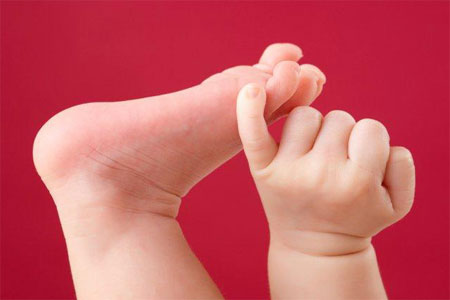 Skin and the senses


We take our bodies for granted, not stopping to think how great the body is. In fact, everything the body does (be it the animal, human or the plant), is amazing. In this post, we are going to focus on the skin and the human senses. The facts provided are unique and will easily interest kids.

The skin of both humans and other animals is not just a physical line of defense. Your skin performs more functions, than you can imagine. Apart from helping you with your daily activities, you might just not realize what is going on, but it is certain that your skin is doing its part to keep your body healthy. Read on and check out these interesting facts about the skin.

The skin is technically the human body’s largest organ. Surprised? By definition, an organ comprises of tissues that jointly function to perform specific functions. The other main organs include the heart, lungs, and the brain.

Apart from the range of various other functions, which includes physically protecting your muscles, bones, and internal organs, it also protects your body from outside diseases. The skin also allows you to feel and react to cold and heat, by using the blood to regulate your body heat.

For mammals, the layers of skin comprises of the epidermis, dermis and sub cutis. While the outer layer is known as the epidermis, the hypodermis or sub cutis is the deeper layer of the skin, which also stores the fat. The hypodermis also contains the blood vessels, nerves, and the hair follicle roots. The thickest part of the dermis is found on the soles of your feet and the palm of your hands, where it is around 1.5 mm thick.

Some vegetables and fruits, such as oranges, bananas, potatoes and oranges etc., are also known to have skins.

Did you know that humans shed over forty pounds of skin from the time of their birth until their death, replacing the outer skin every month?

Senses are defined as a collection of cells or sensory organs in the body, that responds or reacts to specific physical incidences For example, senses transmit information that have been collected to different parts of the brain. This data collected is then interpreted by the brain and an appropriate response signal or feedback is sent.

The precise number of senses that humans have is constantly disputed because of the various definitions of what a sense, actually is. It is however widely agreed, that there are five main human senses, which are sight or the eyes, hearing or ears, taste or the tongue, touch or the skin, and smell or the nose.

While sight can be defined as, the ability of the eyes to detect images of visible light with photoreceptors found in the retina. Different electrical impulses are generated for distinctive colors, its hues, and brightness. Here is a brief example of how sensitive the eyes are - if the Earth was flat, the human eye, could spot a candle flickering on a clear night at a distance of about 30 miles.

Hearing may be defined as the sense that detects the vibrations in sound. The ear has mechanoreceptors, which are made up of tiny bones and hair-like fibers, and that are located in the inner ear. These receptors turn any motion or sound waves from the air into electrical nerve pulses that the brain is able to interpret.

Neural receptors such as hair follicles that are found in the skin, and pressure receptors on the tongue and throat mainly constitute the sense of touch. The human finger is so sensitive that if you imagine your fingers to the size of the Earth, it would be able to identify the difference between a car and a house.

The sensory cells known as taste buds, and which are located on the tongue constitute the sense of taste. The five basic tastes are sweet, salty, sour, bitter, and spicy. Smell is also considered to be a chemical sense. There are over hundreds of olfactory receptors in our nasal passage each of which that binds itself to a specific molecular smell feature.

Did you know that over eighty percent of what we think is taste, is actually smell. Flavor, is a mixture of taste and smell perception. You can test this yourself by closing your nose the next time you eat something. The chances are that you cannot taste the food that you are eating. In fact, a human’s sense of smell is over ten thousand times more sensitive than the human sense of taste. There is also a rare condition known as synesthesia that can cause the basic senses to overlap. In other words, people with synesthesia can taste words or hear colors?

Compared to most animals, humans have a rather weak sense of smell. Animals have differences in how their receptors sense the change in smell world around them. For example, sharks and dogs have a phenomenal sense of smell, while felines cans see very well in faint light conditions.

Some animals have receptors in places that seem very unusual to us. Did you know that butterflies and flies have their taste organs on their feet? This enables them to taste anything that they land on, while the catfish have taste organs spread across their entire bodies.

Some animals have sense receptors that we cannot even dream of… Snakes, not all of them, have sensory organs, which can detect infrared light. While most bees and birds can see ultraviolet light. We also have dolphins and bats that use sonar sounds to interpret and communicate. Then, there are certain species of rays and fish, which can detect changes in nearby electrical fields. There are also many bird species that use the Earth's magnetic fields to determine directions.

Phew, talk about being superhuman with all these sensory capabilities….

We are sure your kids and you would have loved the amazing and unique fun trivia presented here. Have a nice day.