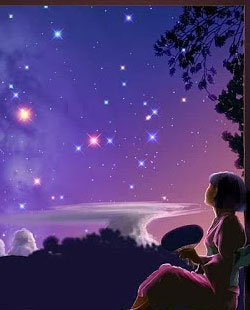 Stars are something most lovable elements. While stars remain a mystery as tiny objects in astronomical world, they captivate little ones. Now, let us look at some amazing facts about stars.

How many stars are there in the sky?

Most of us tried hard to count the stars in the sky. Children still love to do it. How many stars are there? While it is impossible to count the stars, approximately, it was estimated that a galaxy may have a minimum of 100 billion stars. And there are more than 100 galaxies in the universe! Imagine, how many stars there could be?

Can you see million stars in a night?

We heard that there are millions stars we can see in the sky at night. Despite all those hearings from television and radio, news, readings from books, we can hardly see around 3000 stars. It is true that more than thousand billion stars exists in the galaxy, still the number of visible stars are less than 3000. All those invisible stars are far and far away from the visibility!

Do you know; sun is a star! The proximity of Sun to the earth makes it the prime planet. Sun is simply one among the billions of stars. All other stars we see every night are bigger and brighter than the sun. While there are no green stars, Sun is an exception. It is a green star.
The closest star to the earth is of course the SUN.

Do you remember the rhyme, ‘Twinkle Twinkle little star?’ I do and most of us do remember it. Kiddies; the song is just an imagination! As most of us believe, stars don’t twinkle! Rather, the twinkling effect is due to the reflection of light in the atmosphere.

Stars are massive and powerful

Stars are so powerful that can become supernova, the extremely hottest temperature that would burn everything. Once the stars turn supernova, it becomes a massive black hole.