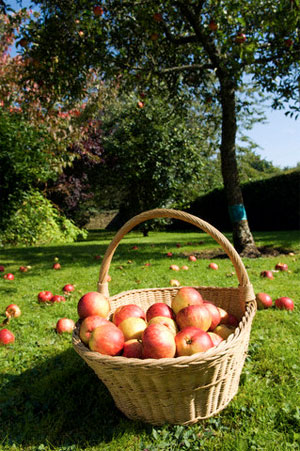 Apple is one of the popular and extensively cultivated fruits in the world. Now days, apple is synonymously termed as a hi-tech brand! Apple INC, the most popular technology brand in the world is famous for the iPad and iPods.

Apple has its origin from the evolution of human being. It was called the forbidden fruit in the Eden garden, where the Eva requested Adam to get an apple from the tree. An apple tree lives for more than 100 years! The healthy tree bears healthy fruits! Apples have been cultivated for more than 6000 years. When matured after 5years, apple trees bear fruits! Apples are the only fruit that grows in the Mediterranean regions of African continent.

Apple has many fancy names. It is described as ‘Melt in the mouth’ or ‘Winter Bananas.’

UK and Germany are the largest importers of apple.

There is a city that is named after this healthy fruit. Can you guess it? Answer at the end of the page! 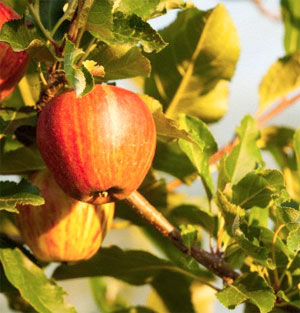 Apples are widely regarded as beauty fruit. It looks beautiful, tastes delicious and it is a popular name too! Yes, many used to name the baby girls, ‘APPLE!’ It appears so interesting isn’t it?

This is a surprising fact about apple! Apples are known for the beautiful aroma. It is in fact the nice fragrant that makes us love apples. Apples belong to rose family and this is the reason they are so aromatic like a rose flower!

Hope all you remember that Sir Isaac Newton’s Law of Gravity is discovered when an apple from the apple tree fell on his head! Thanks to that apple for the invention of Gravity.

Apple has all the credits!

Eat apple with its skin

The skin of the fruit is more nutritious than the fruit itself. Eat the fruit with the skin to get complete nutrition. The skin tastes delicious too!

Next to humans, horses love to eat loads of apples. Besides, monkeys, bears, rabbits and raccoons eat apples.

Have you ever tried of putting an apple into the water? It will float in water! Apple is made of 25 % air and it is lighter than the density of water. So, apples float in water! 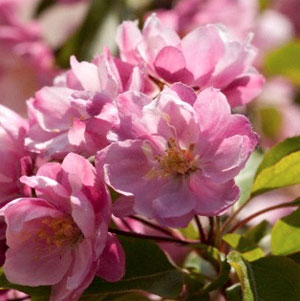 Apple flowers are called as blossoms. It appears in beautiful pink color. They are not self-pollinated.

Apples – the symbol of peace

Apples are considered a perfect gift. It is considered a symbol of peace in China and most people gift apples when they greet or visit someone.

Apple quiz answer: The city that is named after apple the New York and it is called ‘The Big Apple!’