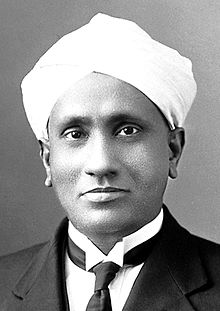 Sir Chandrasekhara Venkata Raman or C V Raman was a famous Indian scientist. He is known for his work on the scattering of light and for the discovery of the Raman Effect. He received the 1930 Nobel Prize in Physics for his work and contribution to Physics.

After completing his studies at St. Aloysius Anglo Indian High School, Raman completed his Bachelors and Masters degrees from Presidency College, Madras. He was a brilliant and meritorious student at both school and college. After that, Raman did various significant researches in the field of Physics.

In 1907, Raman passed the Civil Services Examination and was appointed the Deputy Accountant General in Calcutta. Shortly thereafter, Raman got married to Lokasundar Ammal on 6 May 1907. They had two sons.

Although Raman was busy with his day job, he spent his evenings and sometimes even entire nights at the laboratory of the IACS or better known as the Indian Association for Cultivation of Sciences. Such was his passion that in 1917, he resigned from his position and took up the newly created post of Palit Professorship in Physics at the University of Calcutta.

Raman explained the phenomena of scattering of light in simple terms. He cited the example of the impact created when bright light enters a dark room through a key hole. As the beam of light gets scattered by the particles of dust present in the air, the light is clearly seen. Although this phenomenon had been partially known, a fully satisfactory analysis of the fact had not been made. This discovery was called the Raman Effect, which had great influence on Physics.

When Raman came to know of Professor Compton’s work on the scattering of X-rays, he concluded that if the Compton Effect can be applied on X-rays, then it must also be applicable on light. Therefore, he decided to carry out some experiments to establish his opinion. Raman's years at Calcutta University were filled with intellectual excitement and findings, but he was limited due to the meager facilities of the lab. He became recognized and many honors came to him as the importance of his findings were recognized in India and abroad. In 1929, he was even invited to do research at the California Institute of Technology.

He was eventually conferred a knighthood by the British Government in 1927. Finally, in 1930 he was also awarded the Nobel Prize for his outstanding contribution to Physics.

Finally, at a meeting of scientists at Bangalore on March 16, 1928, Raman put forward his discovery of ‘Raman Effect’

Raman was appointed the Director of the IISc or the Indian Institute of Science in Bangalore after his retirement from Calcutta University. He remained there until 1948. After that, he became the head of the newly established Raman Research Institute in Bangalore. Here he continued to guide and inspire colleagues and students. His students admired his immense enthusiasm and unlimited energy combined with his generosity with others. Students were shocked albeit surprised, when he used to give away most of his research to students.

After the independence of India, in 1947, the new Government of free India appointed Raman as the first National Professor.

He won many prestigious awards, such as the Nobel Prize in Physics in 1930, followed by the Bharat Ratna in 1954. He also was the recipient of the Lenin Peace Prize in 1957.

Sir C.V. Raman continued his work at the Raman Research Institute, until his sudden death in 21 November 1970.

Thanks to the invention of the laser, the ‘Raman Effect’ has proved to be a very useful tool for scientists.

Raman's attractiveness as a person was rooted in his aesthetic approach to science, with his choice of subjects for investigation. Some of his other interests were the optics of colloids, physiology of human vision, and the electrical and magnetic anisotropy. Raman also worked on the acoustics of musical instruments.

His sincere advice to aspiring scientists was that scientific research was not based on equipment and facilities, but hard work and independent thinking.

Twenty Eighth February has been declared as National Science Day by the Indian Government to commemorate Sir C V Raman and his work.

« Back to MenuNext: David Ho »